The opportunity of digital payments: Why I decided to take the step from Visa to fintechs

When I entered Visa in 1997 as a young engineer, I never thought that I would stay there for 22 years. Without knowing much, I was attracted by the world of payment methods, because it is associated with credits that favor the economic growth of small and medium-sized companies, and because their convenience facilitates our daily life. But, beyond that, it was a good opportunity for a young professional like me.

First, I entered the computer area, taking charge of the implementation of microcircuit cards, a type of smart card that, at that time, were quite a novelty. Up to 2003, I was in the area of new Visa technologies. From there, I went to risks and fraud, leading the area in Mexico, the country where there is most fraud throughout Latin America and the world.

Zoom to the matter

The fraud problem in Mexico is nothing new and gives space for much analysis. According to a survey conducted in 2019, 77% of Mexicans claim not to buy online for fear of being a victim of this crime. That is, the topic is very present among citizens. Moreover, according to data extracted from a study conducted by Visa itself, currently, chargebacks in Latin America occur in 1.7% of orders, and reach 2.3% in Mexico. Data from the National Commission for the Protection and Defense of Financial Services Users (Condusef) says that, during the first quarter of 2019, one million and 188.000 chargebacks had already been claimed in the Mexican nation. The contrast is strong, because in Europe chargebacks barely reach 0.8%. 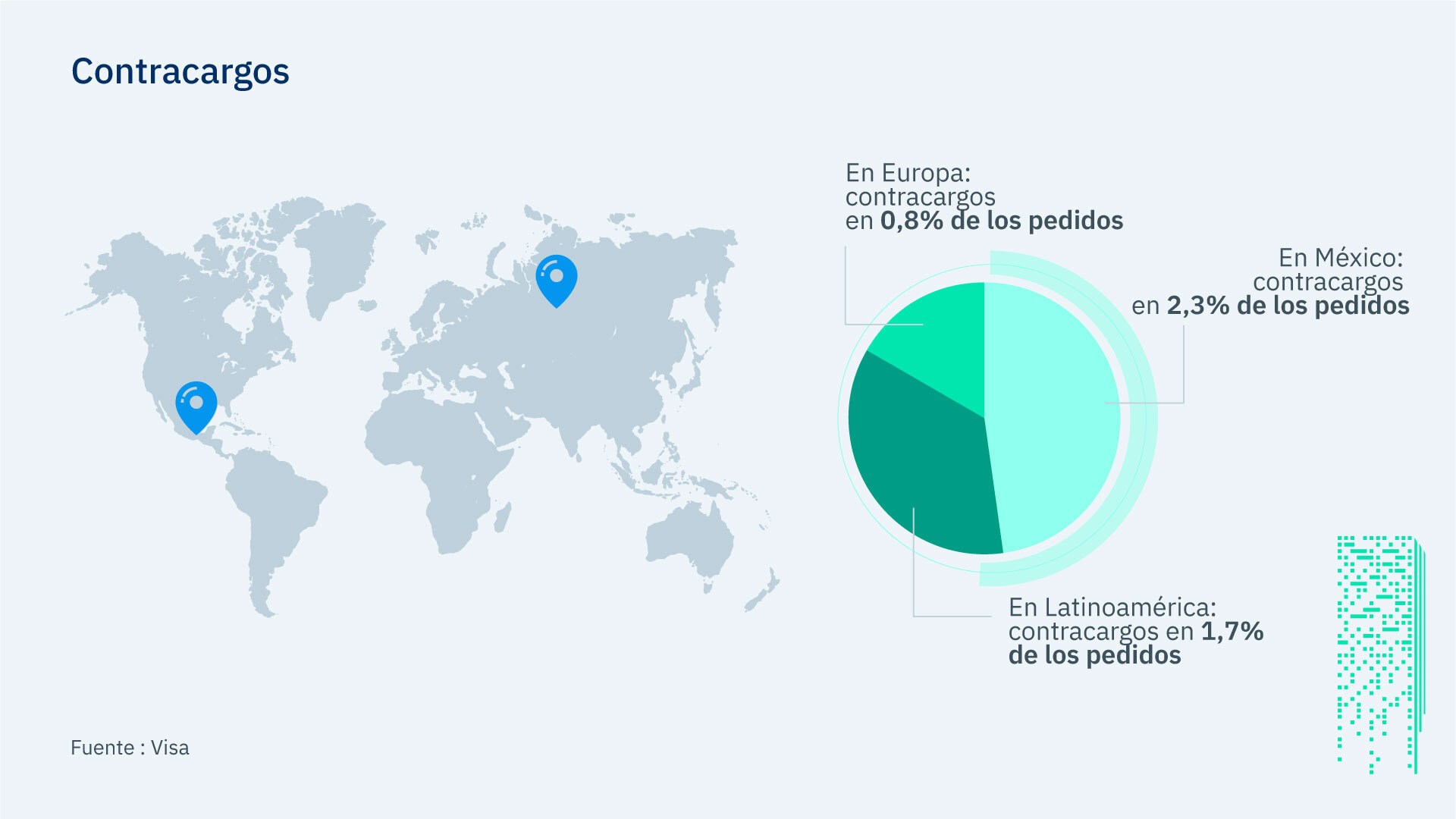 The topic does not discriminate, because, by having worked in fraud and risk areas for so many years, I can surely say that cyber threats attacking fintechs are nothing different from those of any bank or big company. Cybercriminals target big and small alike. That is why, the big difference lies in how we are prepared for these threats.

There, I consider that training and awareness-raising of employees is fundamental. As contributors and members of the payment ecosystem, we must understand that we are critical entities to protect the institutions where we work adequately. In my experience, the best tool is education and compliance courses, and stay constantly updated.

The emergence of fintechs

But, returning to the topic of my professional career, already having some time in the industry, I began to identify the main problems that exist in the region regarding payments. In Latin America, cash use prevails with impressive figures: According to Americas Market Intelligence, approximately USD 1.7 billion in cash in physical stores were spent in the region that same year, representing 81% of total retail spending, compared to 25% in the United States and 18% in China. Electronic payments have had a tough task, trying to expand through the different Latin American countries, often slowed by banks, which have problems expanding their penetration due to the large operating burden they have, which makes it very difficult to exhort these institutions to make changes. 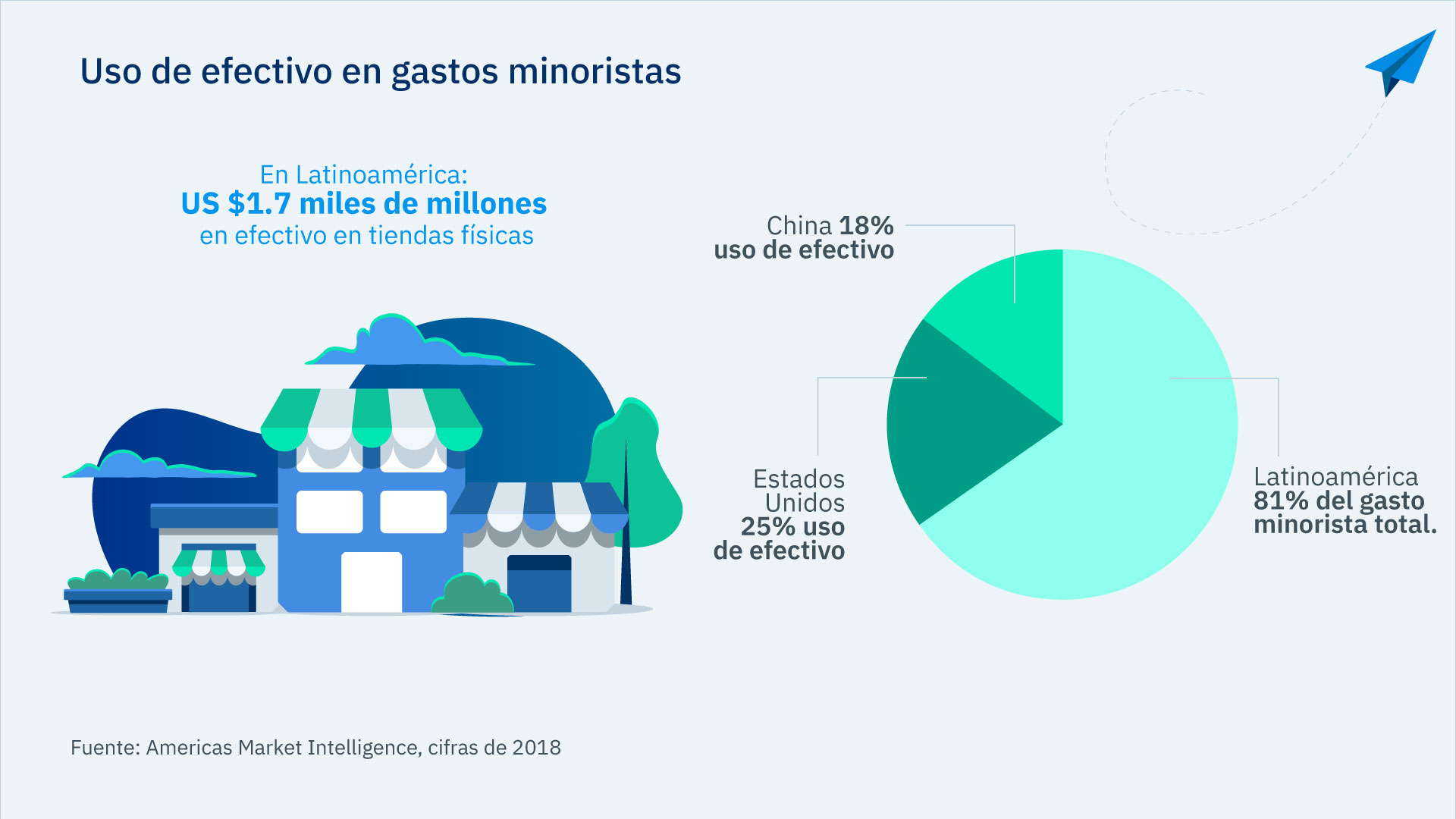 All this happens at the same time when businesses need to sell more and more on the Internet, especially due to the pandemic, which brings technological and security requirements that often are out of the core of their business, or that do not have the knowledge necessary to be able to do it on their own behalf.

This is when fintechs start to timidly appear. These small and agile technology companies expand the base of e-services by offering greater innovation and competition to make payments, achieving simple processes quickly, such as putting a business in the capacity to sell in a matter of a few days, something unthinkable for a large financial institution. More importantly, they contribute to increasing banking access to the Latino population.

According to 2020 LATAM Fintech Report by KoreFusion, Mexico leads the account of countries having the most fintech companies in the region, with 249. Colombia follows with 128. This is mostly due to the creation of the Mexican Comprehensive Fintech Law in 2018, which is a pioneer in Latin America, which has attracted international investment and the rise of financing amounts. In 2020, although the year does not yet end, it is likely that the figures have increased due to the pandemic and the digital payments boom.

With the boom of fintech companies, and seeing how the ecosystem has grown in recent years, I began to consider the possibility of guiding my career towards this promising world of fintech companies. Over time, it has been clear that not all these companies are going to survive, and only those that have been able to identify market deficiencies very well, by developing versatile, flexible, and convenient solutions, are the ones that are to prevail, even when times become difficult.

And that is what I saw in Kushki, where I have been acting as CCO (Chief Governance & Compliance Officer) since some weeks ago. It is a tremendous challenge, since my goal is to guarantee an optimal operation throughout the region, but adapting to the regulations of each specific country. It is not an easy task, because each country is a world unto itself. At the same time, my work is to provide differentiated values that position us as our customers’ main﻿ technological﻿ partner, whatever their category or country of origin.