#SomosUnicornio Learn about our history here

A micro-frontends architecture is a design approach in which a web application is broken down in individual, semi-independent micro parts that work together. This architecture can be as open as you wish, and each application can be implemented using different frameworks. The micro-frontend concept is widely inspired by microservices.

As for micro-frontends, it is important to note that even when an application is divided into several projects, each one of them will be integrated into a single one. Thus, for the final user, everything would seem to be a unique application, instead of many of them.

Although micro-frontends have started to receive lots of attention lately, there is not a single way of implementing them. In fact, there are a variety of approaches, depending on the objectives and requirements at each organization. At present, some of the best known implementations are:

For Kushki’s case, we will analyze the example of an application built with the purpose of allowing our customers to edit and view a variety of configurations available in our payment system, among other actions. This application was originally built as an SPA monolithic structure created in Angular 5. The application grew so much that, at some point, it contained more than 200,000 lines of code and about 13 rather complex components. All this resulted in an application that gradually became very difficult to maintain, and operating different features at the same time was an issue.

For this reason, we decided to change to micro-Frontends, in order to continue the development of this application. Several alternatives were analyzed, but the most mature alternative, with the best documentation, then and now, is the Single-SPA framework. In the beginning, we chose to migrate of the application while maintaining the framework with which the SPA monolithic structure was made (Angular). 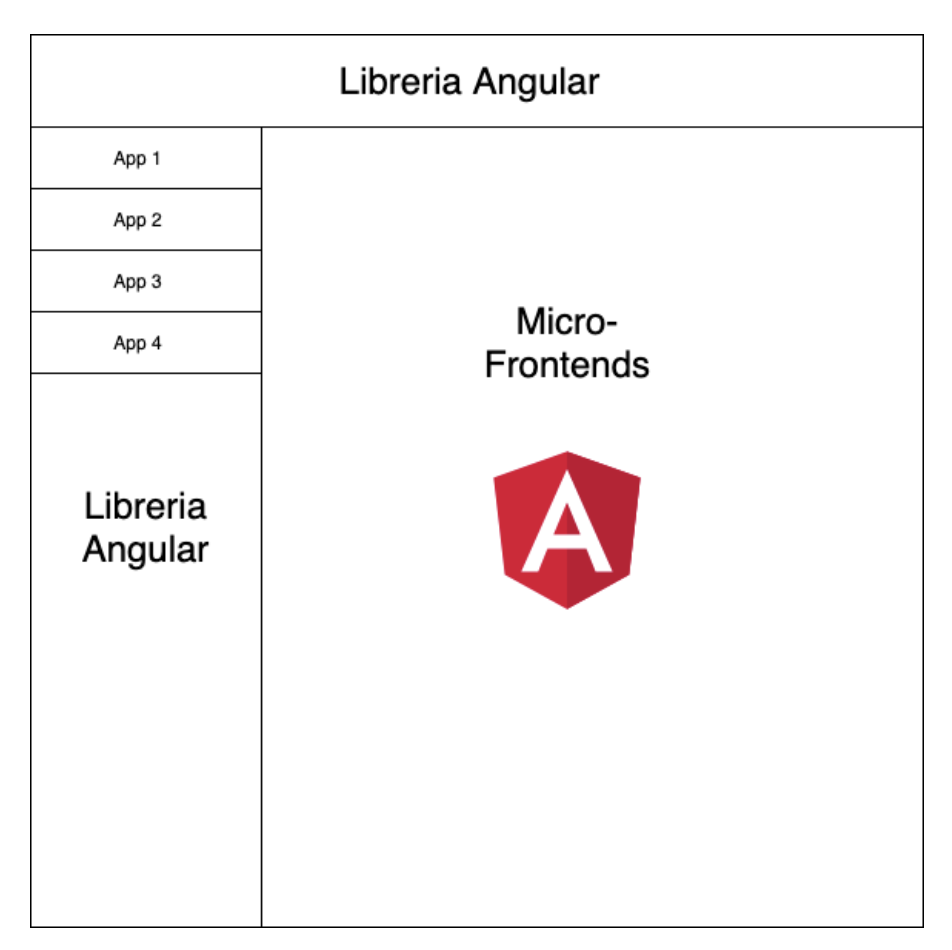 A Single-SPA framework requires the use of an index.html file, where all micro-frontends that are to be used by the application are registered. This file is called a root config file within the framework, and it usually contains a single HTML file where some framework methods are used to ensure that everything works correctly.

Then, to solve the problem of our navigation bar at Kushki, we decided that our framework root config file would not be a single HTML file, but rather a SPA built in Angular. We migrated all the logic that we had in the library to this one and configured the index.html library that Angular generates, to ensure that it works correctly with the configurations required by the framework (all this will be explained in more detail through an example below).

With this change, we managed to start developing micro-frontends, not only in Angular, but also in React. As a result, the original structure changed a little, and was established as follows: 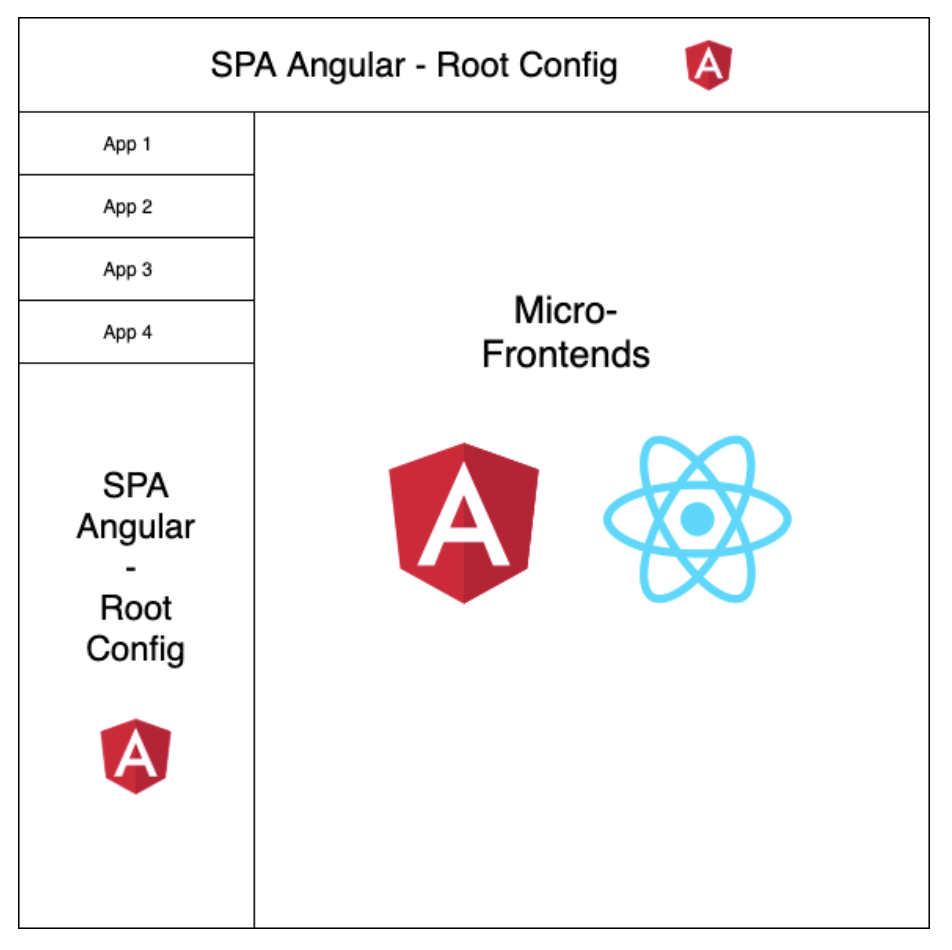 When we abandoned our SPA monolithic structure and started using micro-frontends in our application, we managed to separate the multiple features we had in one place and optimized the introduction of new functionalities.

However, this does not mean that micro-frontends can be used for any project. For the vast majority of cases, a SPA monolithic structure is probably more than enough. A micro-frontends architecture is more suitable for large applications that group many functionalities. In Kushki, the vast majority of our SPAs are still monolithic structures, because they are not so big. This is why implementing this architecture must be considered only if a project is expected to have scalability problems over the medium- to long-term.

For this example, we are going to create a root application in React, where 2 applications created using a Single-SPA framework will be registered: one with Angular and one with React.

For the root application, only a web application created using create-react-app is needed. For this example, we are going to use npm as a javascript package administrator, and Typescript because it offers multiple benefits and it is now supported by React.

Once our application has been created, we have to add single-spa to our project to be able to register our micro-frontends and browse through them.

The next step is editing the index.html file of the project to add the necessary scripts and imports to make our application work. Our file should look as follows:

To avoid adding unnecessary CSS to our brief example, we are going to add Material IU to our project and add a quick navigation example.

We add a new Nav component to our project, where we will copy the navigation example.

We edit the App.tsx file to include our new component. It should look as follows:

Once we have has done all this, we obtain a application as the following:

Once the application has been created, we have to install the Single-SPA framework in our project. To do this, we must follow the instructions that we find in the framework documentation.

This command automatically configures the framework in our application. We also have the possibility of installing manually (you can find the details in the documentation mentioned above).

Finally, we will create a simple component that we are going to show in this application and configure the routes that will be used by this SPA.

In the route file, a main route must be configured, which must coincide with the route that is registered in the single-spa of the root config. It is also important to configure the Routing Module providers. The file should be configured as follows:

That is all that we have to do when creating a micro-frontend using this framework. Once you’ve followed these simple steps, you’ll be able to edit your Angular application as you wish.

To create a micro-frontend using React it is necessary to use the manager provided by the Single-SPA framework (create-single-spa). We should enter React when when the manager asks which framework to use.

And, with React, this is all we have to configure.

Once we’ve created the micro-frontends, we have to register them in the root config application that we created in Part 1. To do this, we must edit the index.tsx file as follows:

To be able to execute this example, you must run the following commands:

With all the applications running, we will have a completely functional micro-frontends example, developed in different frameworks, and in very few steps. 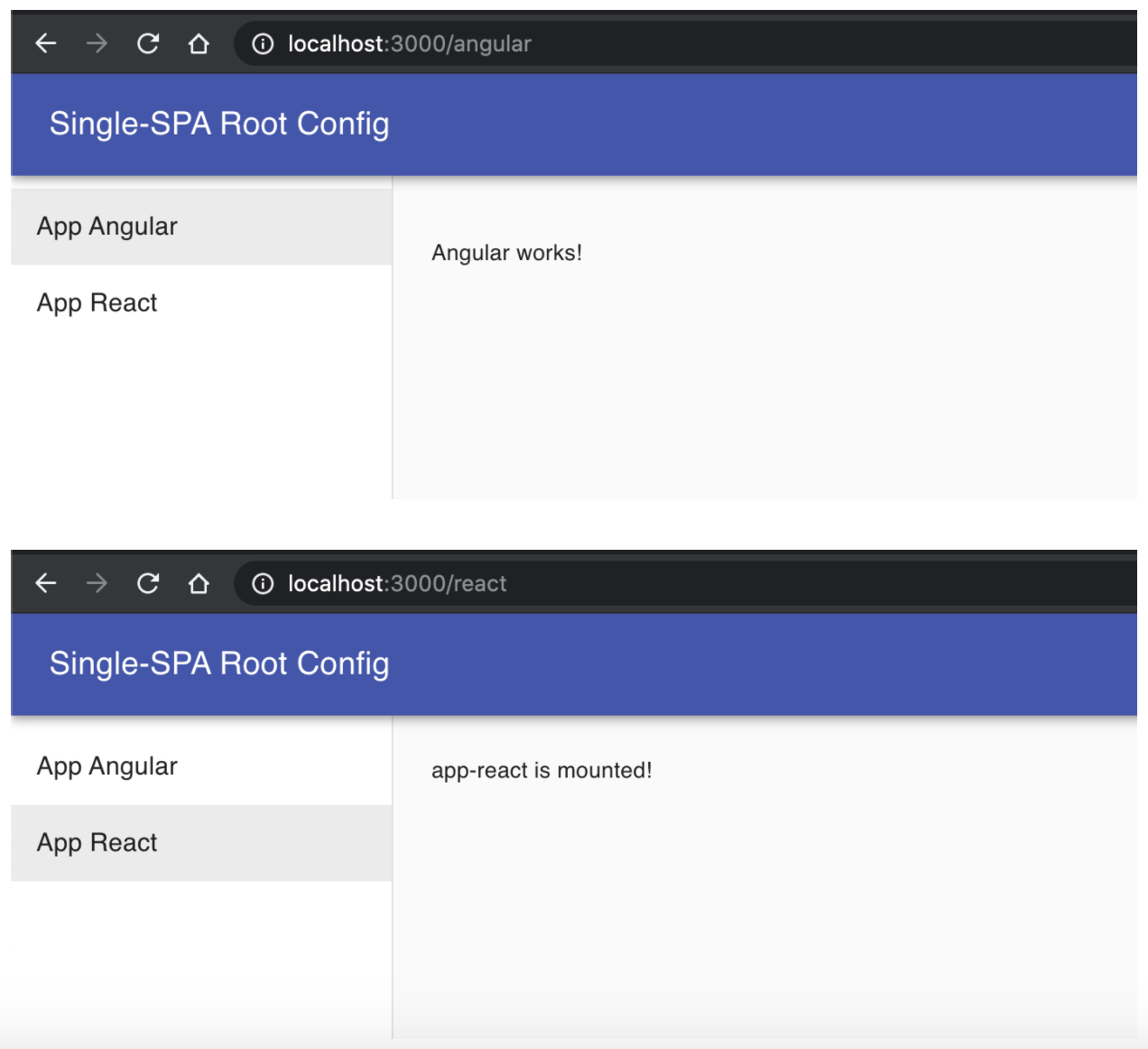 You can find the full code of the example we explained in this article in the following repository:

Let's find together the payment solution you need.

Kushki is a nation in constant growth.

With a $100 million extension of our Series B, #SomosUnicornio

Following a US$100 million extension of our Series B, we at Kushki want to announce that today we are a unicorn company. With the…